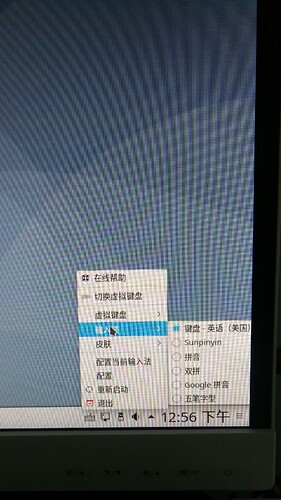 When the live system boots, language is involved in two steps:

Desktop and language tasks are special cases that need some extra planning and configuration. Live images are different from Debian Installer images in this respect. In the Debian Installer, if the medium was prepared for a particular desktop environment flavour, the corresponding task will be automatically installed. Thus, there are internal gnome-desktop, kde-desktop, lxde-desktop and xfce-desktop tasks, none of which are offered in tasksel’s menu. Likewise, there are no menu entries for tasks for languages, but the user’s language choice during the install influences the selection of corresponding language tasks.
When developing a desktop live image, the image typically boots directly to a working desktop, the choices of both desktop and default language having been made at build time, not at run time as in the case of the Debian Installer. That’s not to say that a live image couldn’t be built to support multiple desktops or multiple languages and offer the user a choice, but that is not live-build’s default behaviour.
Because there is no provision made automatically for language tasks, which include such things as language-specific fonts and input-method packages, if you want them, you need to specify them in your configuration. For example, a GNOME desktop image containing support for German might include these task metapackages: